Last march, Me and my brother went to Hong Kong as part of my adventures in trying marathon/half marathon around the world. If there is eco-tourism, why not sport-tourism. I've also done half marathon in Kuala Lumpur and in Singapore. . Semuanya self sponsored....bilatah agaknya kan kana sponsor ani??We were there for 4 days/3 nights
The exchange rate was B$1 = HKD$5 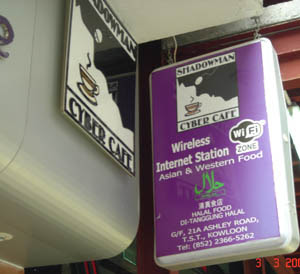 One of the Halal restaurant in Hongkong which is 5 mins walks from the hotel. For reference on halal restaurants around the world, check this website http://www.zabihah.com/ 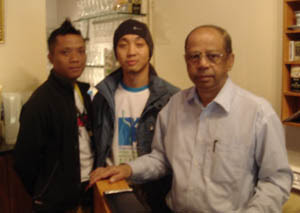 The owner of the restaurant. He is a Singaporean and can speak Malay the hongkong street and its very safe here.....don't believe what you see in the movies 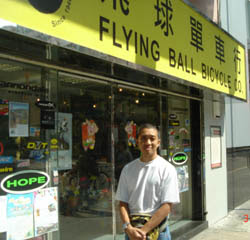 The only bicycle shop in Hongkong which sell the latest bike equipment. Mostly they sell Cannondale and Scott - http://www.flyingball.com/ 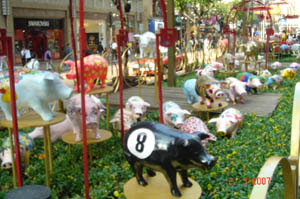 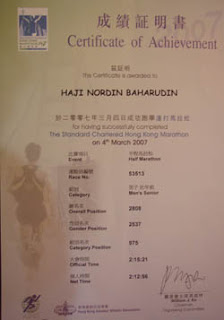 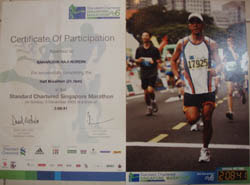 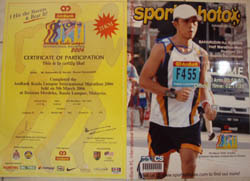 p.s. my personal best time (pb) for half marathon (21km) is 1:59:37 during the SCB greatest race on earth team selection trial held on 29th July 2007 at Nationa Stadium

Posted by anakpanyu at 1:10 AM