Last night Syahkampong beat Com Utd 1-0 to confirm their places in the final 8 and tonight Syahkampong beat FC Defiant 1-0. The winning goal was scored by Muiz (Senior). Whatever happens, win or lose, gerenti dapat duit, for sure $500 dalam tangan kalau nombor 4. Tomorrow morning, Syahkampong will face against Beribi Bahagia. These 2 teams were from the same group during the qualifying round where the result was a draw 1-1. 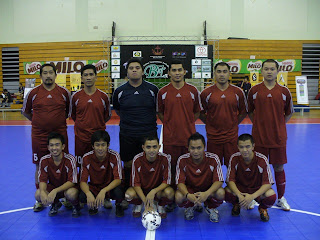 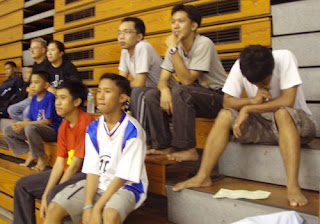 " TUFO which had beaten COUSIN UNITED in earlier group match repeated their dominance over COUSIN UNITED by subjugating them 3-0 to be the fifth team to qualify for the Last 8. In another match, SYAH KAMPONG beat COM UNITED, another army outfit, 1-0 to ensure that only SATRIA, their army "sibling" advanced tonight. SYAH KAMPONG rose to prominence gained attention when they gave a masterclass against early favourites PSB FC by beating PSB FC 5-0 in the last 16 last Wednesday."
extracted from http://www.emabruneifutsal.com/ 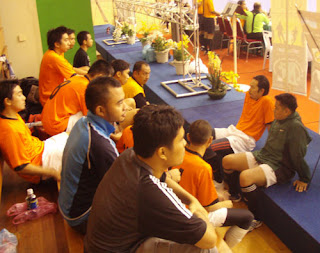 Before the match, team briefing by the Team manager and Captain. 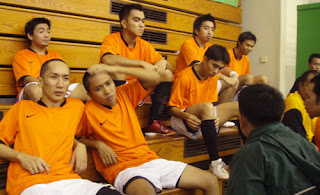