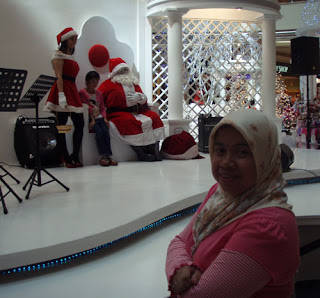 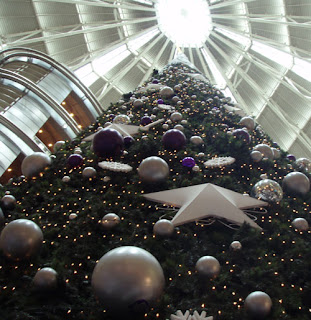 The tallest christmas tree in KLCC

It's Thursday, 20th December. We managed to do some last minutes shopping at Sungei Wang and Lot10. Our bags compartments masih ada space, so beli barang supaya nampak berisi.

We check out 1:00pm and we have to use a mini van to transport 2 humans, 3 medium size bags and 2 boxes of bicycles. It took us around 45mins to reach LCC Terminal. 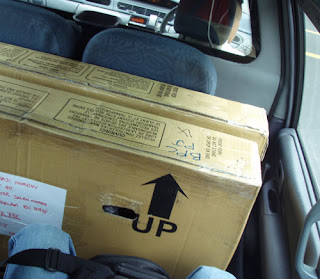 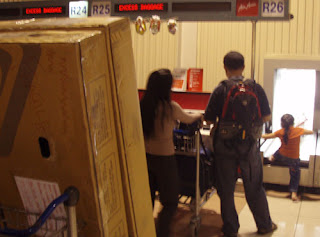 We reached at the airport around 1:47pm. Banyaknya orang di airport, maklumlah airport murah. I've to use 2 trolleys to carry our luggage. We were number 2 in line. Counter pun alum buka. It was 2pm and the counter was opened around 3:30pm. Laparnya menunggu. 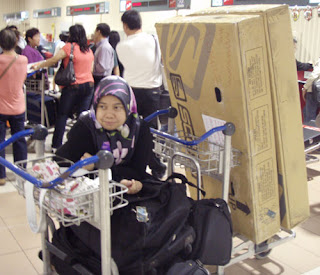 I've received a SMS from AirAsia saying that their flight is delayed from 5:30pm to 6:25pm. I guess everyone else pun menerima sms. 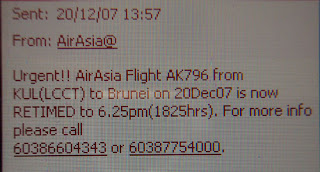 This was the fragile sticker. We have to pay an excess of 16KG (RM240) and due to the boxes were large, I have to go counter 16 for bigger/large boxes. Sempat lagi ku memarahi pekerja disana. The boxes was clearly label fragile but when he pick up the box he then just drop it to the floor as if the box is empty. Talurrrrr........ 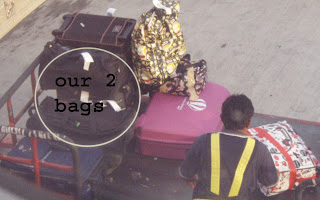 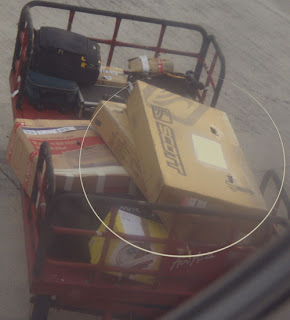 Posted by anakpanyu at 7:39 PM