Wednesday Morning, 19Th Dec, I've decided to go back to the bicycle shop because I forgot to buy the pedal for GD's road bike. Since I'm going there by myself, I've decided to use the train since it is cheaper, faster and comfortable. First I took the train at IMBI and stop at KL Central. From there, use the interchange and took the train all the way to Taman Bahagia. It only costs me RM1.60 and RM2. If you choose a taxi, it can cost you around RM18 to RM30 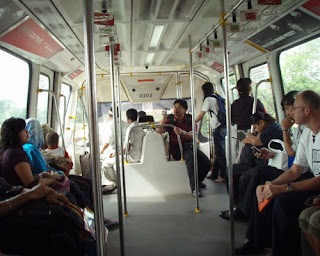 As I was walking to BikePro, I stop by at KSH (http://www.kshbikes.com/) bicycle shop. They are the main distributor for MERIDA bikes whereas BikePro (http://www.bikeprobicycle.com/) is the main distributor for Scott Bikes. Their bikes are very neatly displayed just like Triple Star in Brunei. They have all the latest accessories like the new carbon aerobar, the ultegra SL groupset & etc. Compared to other shop, they are selling much cheaper. Since their price is cheaper, I bought the Ultegra Pedal there and went back to the hotel using the train. Nda jadi ku singgah ke BikePro.


Afternoon, Me and Mrs went to KLCC. First we have our lunch at Madam Kwan's Restaurant located at 4th Floor of KLCC. Then we went to Aquaria KLCC before SHOPPING !!!!!


The entrance fee for Aquaria KLCC is RM38 per person for non-Malaysian. http://www.klaquaria.com/ 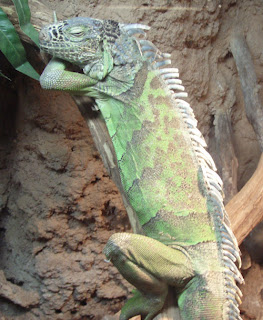 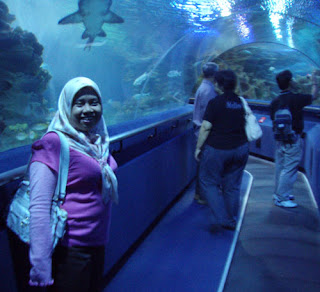 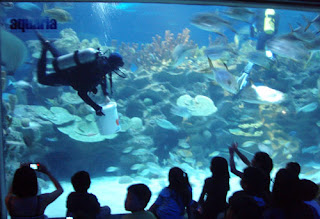 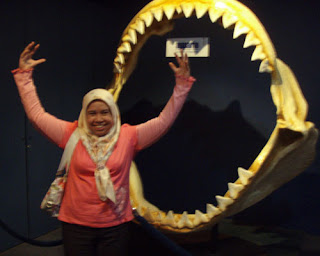 We finished around 3pm and after that its shopping time. I managed to bought a few magazines and 3 books at KinoKuniya (http://bookweb.kinokuniya.co.jp/indexohb.cgi?AREA=05). refer below.

Once again, aku membuat sejarah lagi. I was accompanying my wife shopping. She was taking her sweet time dari satu kadai ke satu kadai and after a while I feel tired and sleepy. I need to find a way to have a short rest. So aku cari Surau di KLCC, Sembahyang Asar di Surau KLCC then I went for a power nap (10 to 15 mins of short nap) cause I was very very sleepy. Instead, aku terlajak tidur sampai 30 minutes kali. Luckily, my wife sms me where I was. Hehehehe....kana marah lah pasal terlampau batah menghilangkan diri. inda ada orang mendangani membawa barang.

Posted by anakpanyu at 9:23 PM