Today, there was a bicycle race starting at National Stadium, Berakas. The distance covered is around 150Km. There were less than 25 cyclists participated in the race. I wondered, where are all the cyclists? I was expecting around 50 cyclists.

How about our group? We are not ready yet. Hopefully by next year we will participate, if not all of us maybe 1,2 or 3 participate. Why next year?? As far as I know, this type of race is organised once a year. Kalau ada lagi tahun ani, maybe ikut....maybe jua tu......alum pulang tau abis tu

Around 25 cyclists, less than half finishes the race. It is a very demanding sport compared to running, that's why not many are willing to participate in the race eventhough tiap tiap hari berbasikal. 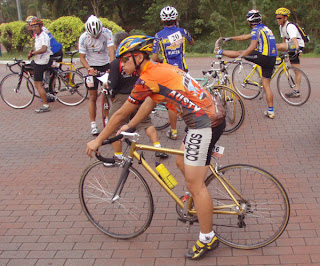 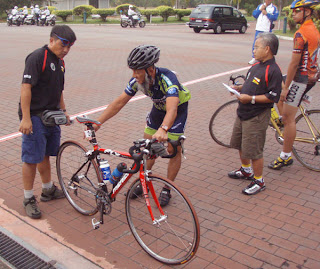 The Most Senior Cyclists

Flag Off 8am by Yang DiPertua Persatuan Basikal 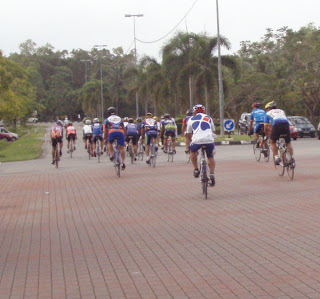 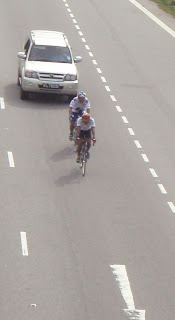 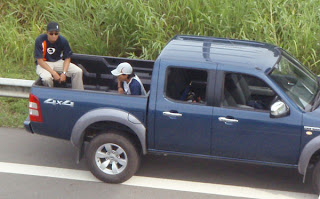 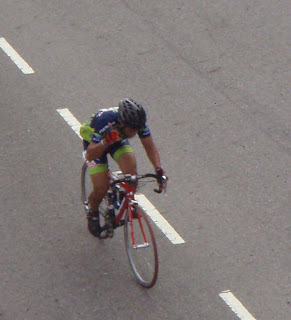 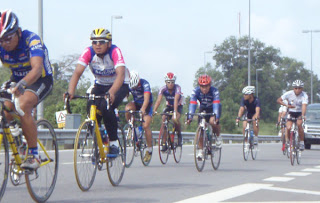 One of the photoblogger 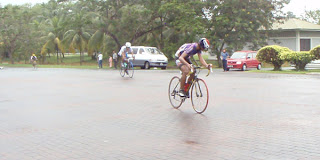 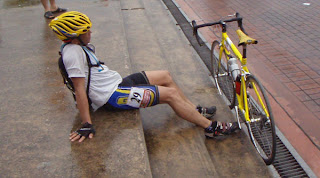 Congratulations to all the riders who finishes the race. Well done !!!. To those did not finish the race, you are still considered brave and has courage to try compared to those didn't participate. uhuk uhukkk.......macam aku jua tu........:))) lain kali saja

Posted by anakpanyu at 9:45 PM