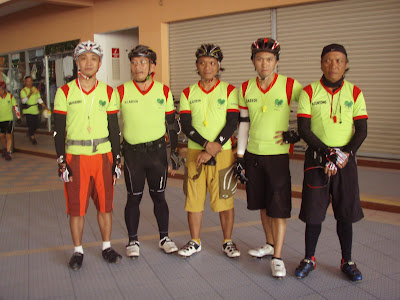 Team Anakpanyu - Marshal
I've just come back from the long ride and it was a successful event without much complaints from us - The Team. I don't know about other riders if they inda puas hati about the way the event was carried out.


The event was flagged off 10 mins earlier than schedule thus causing some of the late comers who are not ready with their bikes kelam kabut.

We arrived at all the checkpoints way much earlier than schedules. I guess if the speed was maintain at 20-25km/hr we would have arrived at the schedule time but most of the time the speed is around 26-29km/hr - laju kali tu aahhh. 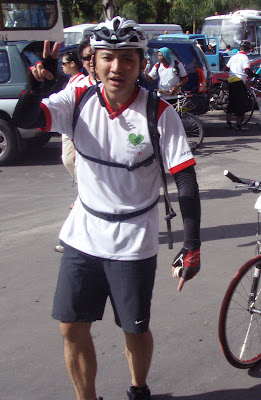 Thank you to Boon Teck Lim of HSBC and to all the HSBC team for successfully organizing the event. Next Year buat lagi.
Congratulations & Tahniah (sama kali tu aahh !!!) to all the cyclists who have completed the journey 133km from KB to Serasa. Hopefully HSBC will organise this event as an annual event.

Posted by anakpanyu at 7:01 PM