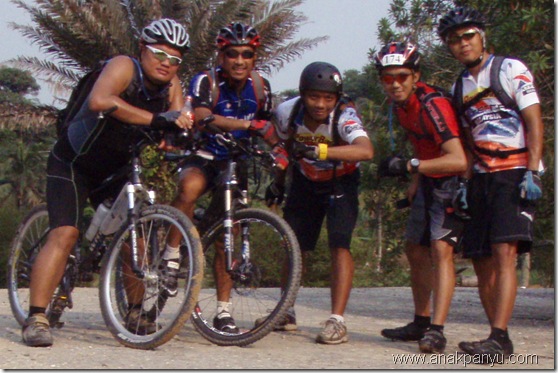 1. Through Facebook invitation, only 6 riders confirmed their attendance and out of that only 1 did not showed up.

2. Due to last week road ride – Century Ride 160km – where many cyclists did not finished the ride and also the ride was way too fast for some cyclists and some were left behind to ride the route alone thus I guess they don’t want the same thing to happen to them again if they decide to join the MTB ride. Its not fun to be left behind.

3. I guess some of the MTBikers are busy with family functions – Marriage and Doa arwah since fasting month are just in a few weeks time.

4. Maybe 35km off road riding is way too much for them. To tell the truth. this was way too long (distance and time) but that the purpose of the celebration – to test the physical and mental fitness – offroad and onroad. 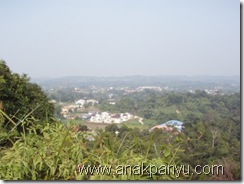 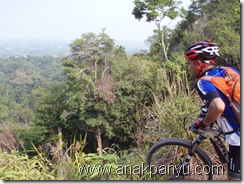 When the 3 of us arrived at the McFarm car park, it was already late around 6:40am and there were no other cars. Sofian Thani and Mozart was already waiting for us. Their home was just nearby, so they just cycle to the car park. We waited until 7am, nobody showed up and nobody call us up to wait for them. So we just go ahead with the 35km off road riding.

All 5 of us are in the same fitness level, so nobody was left behind and we did not have to wait for too long for the back rider to catch up with the group. It was a HOT HAZY day and it made the ride a bit difficult especially on the climb. On every climb, we did not rest for too long since everybody seems to be not that too tired. The only time that we rest for more than 10 minutes was at the Jerudong small shop – refueling. 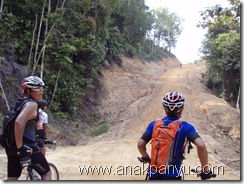 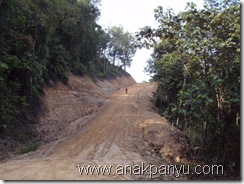 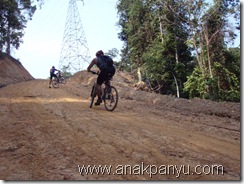 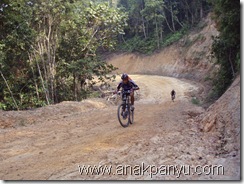 There were so many hills big and small – Mozart and me was already getting too tired of climbing hills. Sangal udah rasanya meliat bukit. Bukit damit pun macam inda kan ternaik. Boring udah meliat bukit – ada rasa kan muntah. –> that how I was feeling at that time. It was a very challenging mentally.

The ride was divided into 2 parts. McFarm to B.Shahbandar and then from Jerudong fish pond to Katok. The last parts it took us around 2 hours to complete the ride. 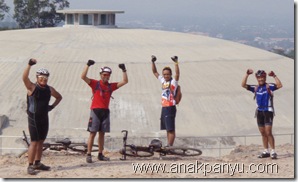 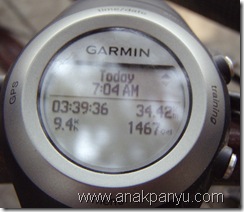 Comparing this off road ride 35km with last week Century ride 160km, I would choose this off road ride because it was so much fun and challenging compared to the road ride. With road ride, everyone was sooooo eager to show off their fitness level and speed by half way, almost half decided either to quit or shorten (short-cut) their distance because they cannot keep up with the speed.

Next year anniversary ride will be much better and hopefully more will join in the ride – Road & OFF-road.

Posted by anakpanyu at 9:22 PM