This year I’ve missed a lot of opportunities to race the half Ironman distance in Singapore (Singapore 70.3) and Malaysia (Putrajaya 70.3) due to work commitment, Swine flu and due to time constraint. If it wasn’t for swine flu, Zaeidi and me would have taste the pain of Putrajaya 70.3. They rescheduled it 10 days after Hari Raya Aidilfitri which to us is not favorable.

Doing a self organize half ironman would need proper planning especially the routes to be taken during the cycling and running.

I would predict the time taken to complete the whole cycle of swimming, cycling and running would be around 6 to 9 hours. – 1hour for swimming, 3 hours for cycling and 2 hours for running for a well fit person e.g. Ahmad Fathi.

Swimming in the open sea/river/lake without any person looking over you is very dangerous and in Brunei it is not advisable since we don’t have a proper locations for open sea swim. For safety reasons, swimming pool is the best choice.

Public swimming pool in Brunei is mostly government own and the pool is usually open around 8:30am, so for a 6 to 9 hours event, I would probably finish my run around 2:30pm to 5:30pm.

JPMC is located in Jerudong. Next to it is the Muara-Tutong Highway – a favourite place for cyclists and the Jerudong Park Playground – good area for the running route. 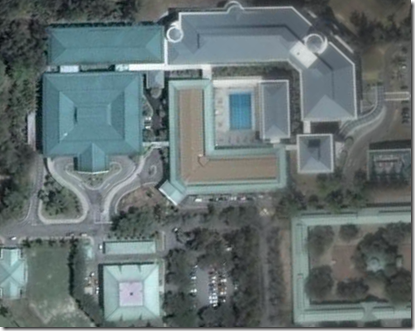 The Run Route – 3 Loops of JPMC to Jerudong Playground with the last lap just go straight to JPMC instead of going to Jerudong Polo Club. 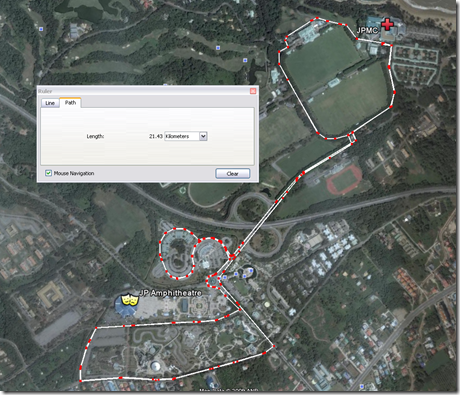 The run route passes a few strategic areas such as restaurants, toilets, shops and some areas are shaded with foot path.

If I’m feeling ready, I’ll try it sometime before Christmas or early January. Its good if the rest of the guys will be doing it also so that the spirit of competiveness is there.

Actually the idea is from Ahmad Fathi and most of us are willing to try. He said he will try to organize it around December. It all in the planning. Maybe I’ll go and do it or maybe not.

well done in planning the route.

bah no need to dream anymore.. lets just do it!!!!

we do in december after i get back from spore marathon. maybe masa cuti awal tahun hijrah..

that would be on Saturday 19th Dec, bah aku layan, insha Allah

Can anyone join? id love to check my abilities... see if i can do it. Id be behind u guys thou....

Did you do the route with a Garmin? What program lets you trace routes like that?

Im sure he uses Google Earth. U can download it online. Still waiting 4 his reply if anybody can join this event...

i used google earth and use one of the measuring tools built in.

Anybody can join. we haven't actually set the date yet. But if ramai orang, then we have to take turn swimming or make the swimming distance shorter so that we don't have to wait that long

have u confirm the dates yet?