The test was done at Lumapas to Junjongan bypass. 27km stretch of road. 13km from the Lumapas T-junction to the roundabout at Kuala Lurah near the Shell Petrol Station and back to the starting line at T-junction. 20 cyclists showed up for the test including the national team, Group 5:30 and other cyclists. Only one person used a time trial bike.

Since the test is being done somewhere far from the town. We have to go there by bike – 29km and this is also part of the warm up ride with an average speed of 28km/h. 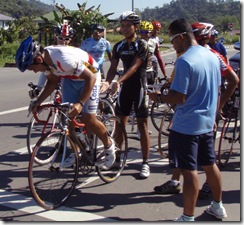 The first to go were the junior riders and the elite fast riders will go last. One minute apart between each rider. 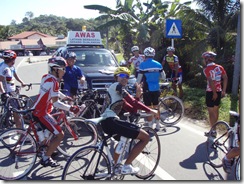 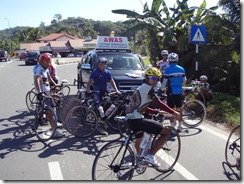 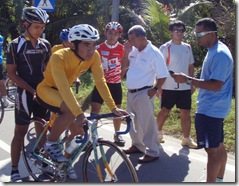 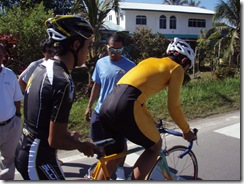 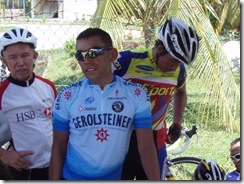 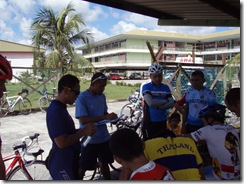 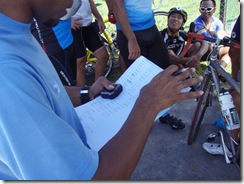 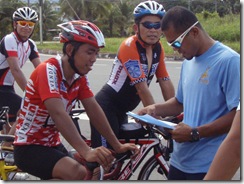 The Coach checking on the time and finalizing the final time 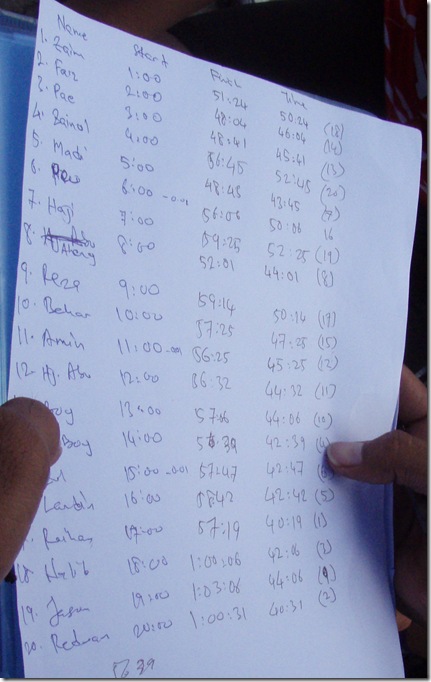 Fastest time was Raihan with a time of 40:19mins. So according to my calculator, Raihan average speed would be around 40.18km/h. I should take this overall results, put it in excel format and put down the average speed of every cyclists.

Posted by anakpanyu at 3:25 PM

Looks like fun. Where do I find out about these time trials and other group rides?
Nath

time trial ride is usually held early of the month.

Long group rides (100km to 200km) usually on Sunday starting at the Stadium Game Village.Speed is between 35k/h to 48k/h. This long ride is with the national team.