Last Sunday, 18th April, we finally completed one of our long term projects. We successfully toured Labuan Island on our Mountain Bike.

The journey starts around 6:30am at my mother’s house where the 5 of us decided to meet. We travelled to Serasa Ferry Terminal by car, not by bike of course lah. We reached there around 7am and it was still early. We were planning to take the 8am boat ride to Labuan and the ticket counters were not open yet (we have not bought our tickets yet), and people are already queuing at the counter.

By 7:45am, the boat operator says that the 8am boat ride is cancel (I guess the boat ‘rosak’ again), so have to take the 8:30am boat. Those who have bought the 8am ticket will be automatically transferred to the 8:30am. So now it is getting worrying because we have not bought our tickets, lots of people queuing and now passengers are being transferred from one boat to the other boat, so spaces are getting limited. Counters not open yet……

I have to queued around 1 hour to get the tickets and bought the return tickets (3:30pm) also since the 4pm boat ride was also cancelled due to engine problem (same boat as the 8am boat). 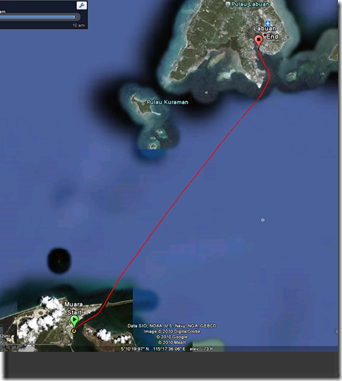 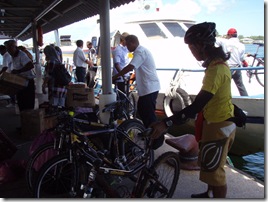 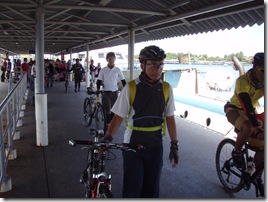 Since we reached Labuan around 10:45am and we’re going back to Brunei at 3:30pm, we have around 4 hours to complete the 50 km bike ride around Labuan in the hot sunny Sunday afternoon. So I decided if we cannot cover 25km in 2 hours time, then we have to take a shortcut. This is an expedition, so there is no need to rush everything, take it slow around 20 to 25km/h. Bukannya kan belaju laju – bukannya belumba ni. 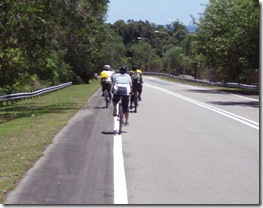 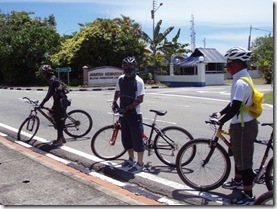 We managed to tour the whole Labuan Island in 2 hours 36 minutes with an average speed of 19.7km/h. Most of the time we try to maintain the speed at 25km/h. It was hot but not dry, it was windy. So ada rasa sajuk sajuk sikit. 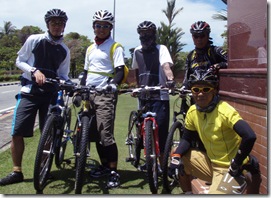 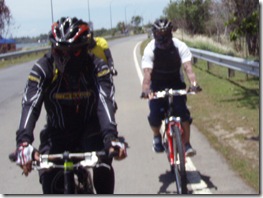 We had our lunch break at Pancur Hitam Beach at 12:30pm and we have covered around 24km. Almost half already. 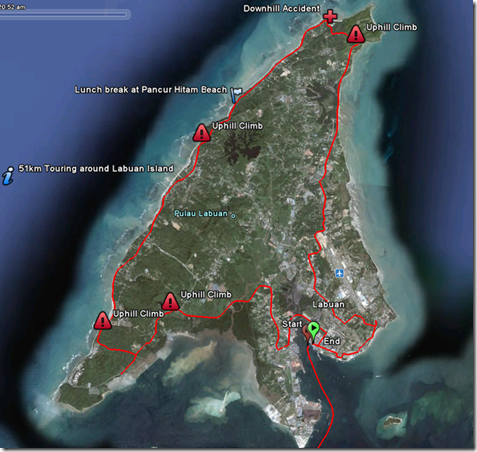 There we were around 4 major hills but not that difficult lah. If Mentiri, Subok, Kota Batu or Labi Hills you can conquer, so these hills wouldn’t be much a problem plus we were using a mountain bike, so it make our life much easier because of the larger choice of gearings. 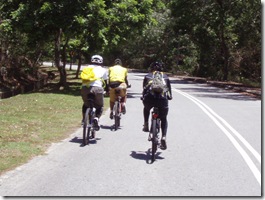 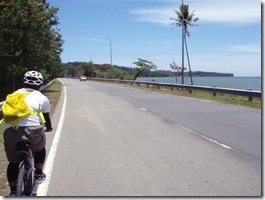 We only encountered one accident at the Manikar Beach Resort. We were just entering the T-junction of JalanTanjong Kubong and Jalan Batu Manikar and it was a downhill ride. Aliuddin was infront and he was going down very fast. Mursyid was following him but somehow the speed was to fast for him, so he applied the rear brake, but nothing happen, so he put more pressure to the brake, still the speed is the same, so he applied full force to the rear brake and he skidded to the road shoulder throwing him of the bike. I guess he still need to learn to use front and rear brake, not just the rear brake.

He just got a minor bruise to his knee, chest and upper lip. 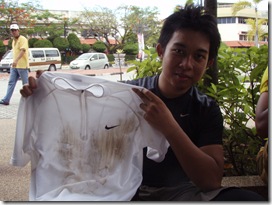 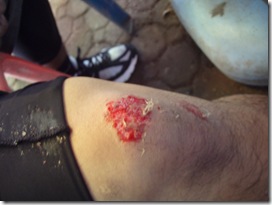 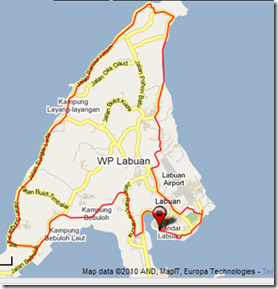 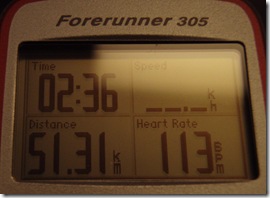 Overall it was a good expedition for a small group of cyclists. Not much problem encountered even though we almost have to cancel the journey due to sudden boat problem.

We were thinking of touring KK but not sure when, maybe this year or next year.

Posted by anakpanyu at 8:01 AM