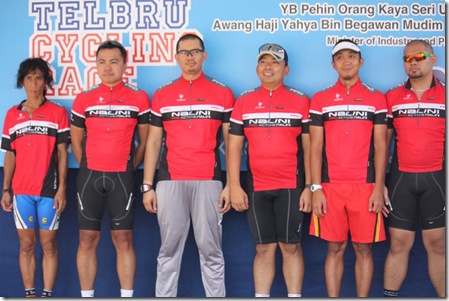 The race was held last Sunday, 16th May 2010. The start and finish was at TelBru headquarter, Old Airport, Berakas. The format of the race was a team of six man and the 5th person crossing the finish line will be the winner for the team. 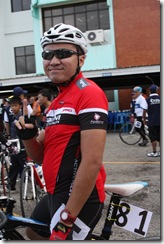 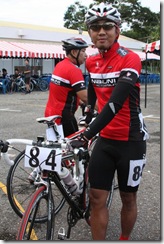 The team captain – Reza of Folec. Look at the bike numbers. It was so big!!!! 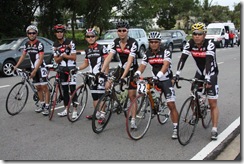 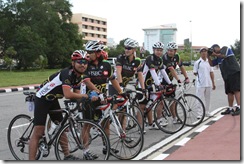 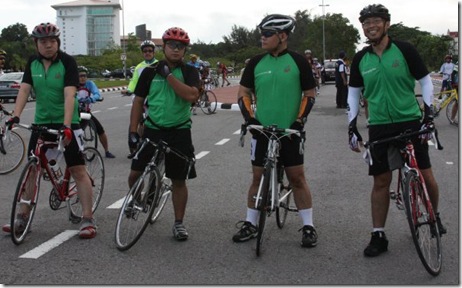 Team Baiduri and BIBD. 2 cyclists not in the pictures. 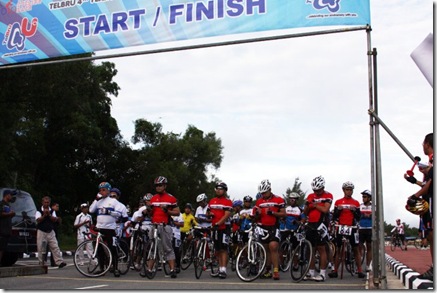 It was a 70km race and the route is almost totally flat. Our team at the starting line and next to us is the MIPR’s team with their captain Pehin Yahya. I was a bit nervous whether I can finished the race within the peloton. 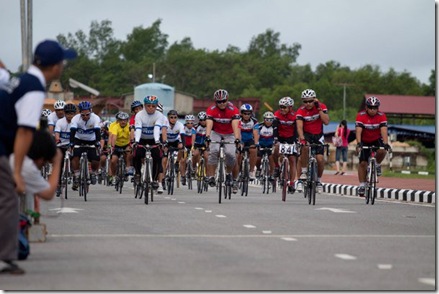 After the flagged off, our team try to stay together and if possible to be in front. The speed was mostly maintain around 35km/h. A few times some cyclists would attack but none would follow. I did it a few times just to see if anyone would follow me but they were wise enough not to follow. 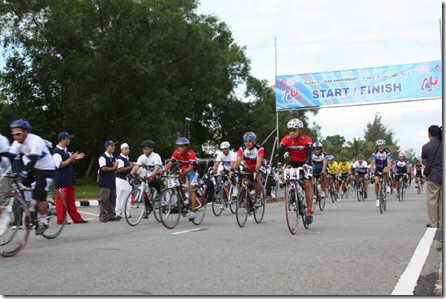 After 10km, I felt that this race is very much comfortable and not too much pressure to keep up with the speed. This is one race that I’m going to finish within the peloton. 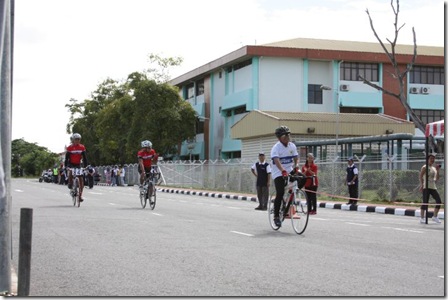 This is one race that I’ll definitely join again. One Team One Mission. 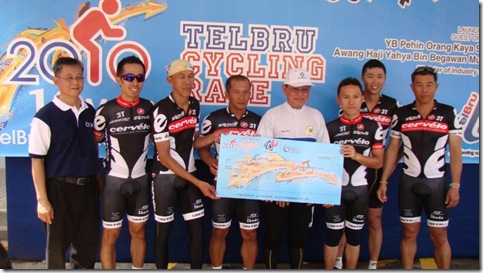 Posted by anakpanyu at 7:34 AM