The race was held last Sunday, 27th June 2010 at Bukit Ambok, Tutong. Six teams registered for the race – Brunei Muara, Tutong, Belait, Temburong, MS PDB and MS ABDB. 4 cyclists per team but some teams only sent 2 cyclists. All in all, around 20 cyclists. 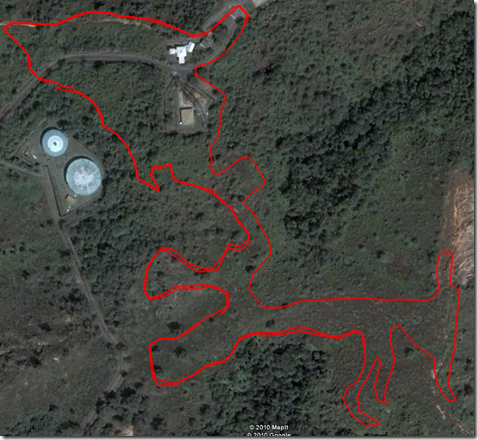 The cross country track is a 2.7km of 8 laps. It is a very technical track with lots of climbs, steep descending, twist and turns and mostly single track. So you would need skills, balance, endurance, brave and mentally strong.

speed + endurance = Finish the race and possibility of winning.

no speed + endurance =  Finish the race

speed + no endurance = possibility of not finishing the race

Looking at the elevation, the start and finish is at the top of the hill. So if according to the graph, I’ve managed to do only 6 laps before the race was stop. I was overlapped 3 times by the winner. The winner crossed the finished line on the 8th and final lap and I was just about to finish my 5th lap. 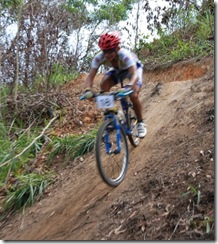 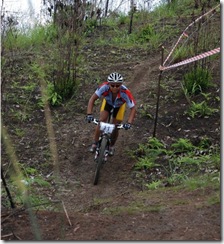 Comparing the xc track with Hutan Simpan Berakas, this track is much easier. Almost everyone can overcome the obstacles. I mean almost everyone except for the 3 of us (Zaeidi, Ali and Me), we did not dare to go down ‘Bukit Tilam’ because it was too steep and dangerous. Furthermore, we did not have much practice on that area. We heard  a few cyclists tumbling down the hill while practicing descending ‘Bukit Tilam’. Some still having fear and phobia from it, decided to back out of the race. For us, we just pushed down our bicycles. Better be safe than be sorry later.

Pictures of me climbing the hills. I was the only cyclists using a full suspension bike Scott Spark 50 and I bought it a month before the race. It is a very good bike. 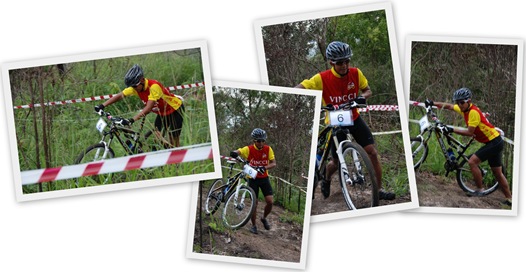 I hate this part, it is not that hard but due to the twist and turn plus the climbing, it makes it a bit more challenging. If I’m not mistaken, these pictures were taken during the 3rd or 4th lap. This area is right after ‘Bukit Tilam’. 3 small climbs with tight corners and very slow speed. If you don’t have pedaling power, low speed and poor balancing, you can easily fall down here. A few of us do actually pushed our bike here. We were already too tired. I remember 2 or 3 cyclists in front and back of me pushed their bikes. (NO names please !!!) 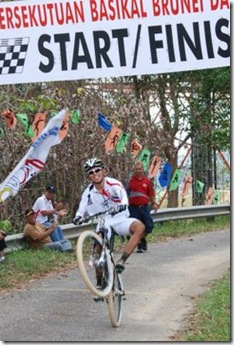 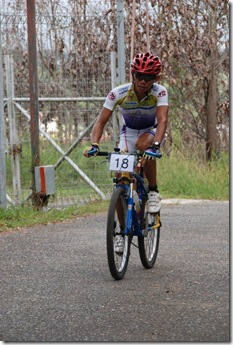 The winner Raihan, finishing the race in style while the 2nd place winner Chung Kwei Ming just few minutes behind. The younger and the senior rider.

I’m the last cyclists crossing the finished line. The rest of the cyclists Did Not Finish (DNF) the race maybe due to bicycle problems, too tired to continue or was force to stop.

All in all, it was a good race. On management side, it could have been better if they don’t keep on changing their minds and schedules of the day. Thank you for listening and taking opinions from the cyclists into consideration.

The new track nickname ‘Track Bebaloi’ was very well designed. By the cyclists for the cyclists. Citarasa orang beskal jua !!!

Posted by anakpanyu at 6:57 AM