The race was held last Saturday, 11th December 2010 at Miri. The race was simple and happy go lucky. Just like Panaga Triathlon. The duathlon race is 1km run, 17km bike and 5km run. 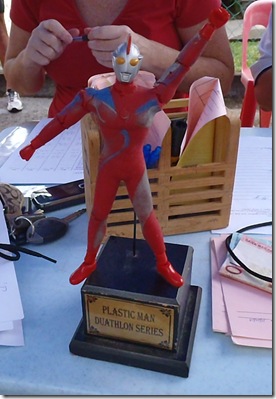 The Ultimate prize of the day !!! 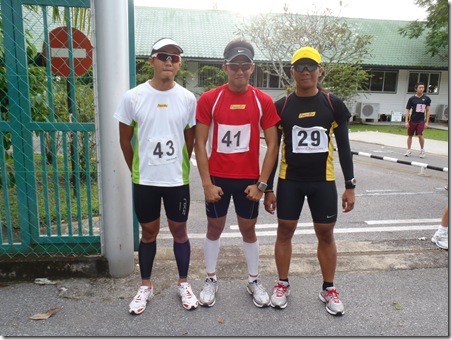 The three of us join the race and we decided to wear Powerbar T-Shirt. We were the only Bruneians joining the race except maybe for a few expats from Panaga.The race was a handicapped race whereby your starting position will be based on your prediction time of 5km run and 17km bike. My prediction time were 28 mins for 5km run and 31mins for 17km bike. The slowest goes first and elite goes last.

According to our BIB number, Ali will start first then Zaeidi and me. The starting interval is not fix. Some 1 minute, other 3 minutes and even 5 minutes, maybe !!! 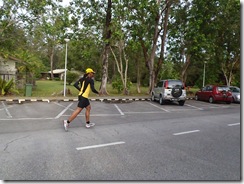 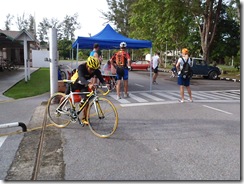 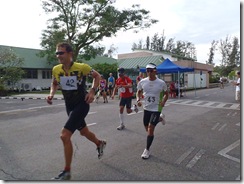 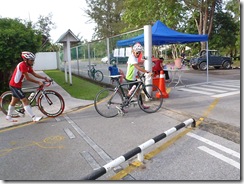 After the 2nd last corner, I dropped my pace a little for recovery but everyone is doing the same thing. 100m to the transition point, I increased the pace and reached the line first. 1.18km in 4:50min. (1km in 4:06mins) 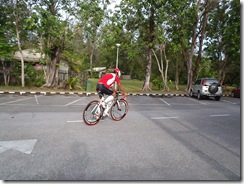 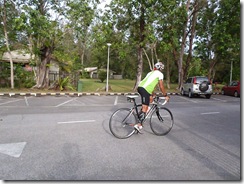 7:44am, after T1, no 42 managed to do a quick transition and he disappeared with his bike and never to be seen. Zaeidi tried to catch him but he was way to fast for him. I think he doesn’t want us to draft behind him just like the run. 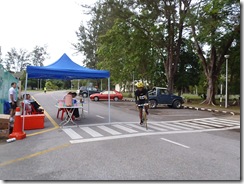 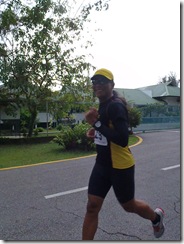 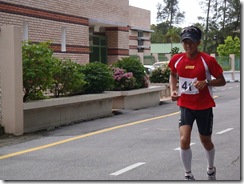 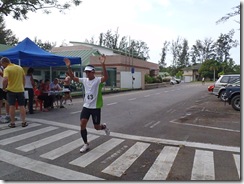 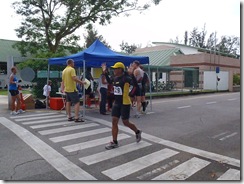 Ali crossed the finished line at 8:49am

By 9:45am, We are already safe back to our hotel. Until next time.

Posted by anakpanyu at 7:10 AM