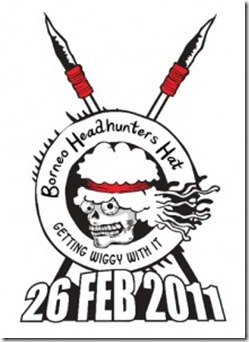 The tournament was held in Kota Kinabalu, Sabah, Saturday, 26th February 2011. It was a hot sunny day from morning until late afternoon. 9 Brunei players joined the tournament and since it is a HAT tournament, all of us are split into different groups depending on our capabilities (throws, defense, fitness, injuries and catch). 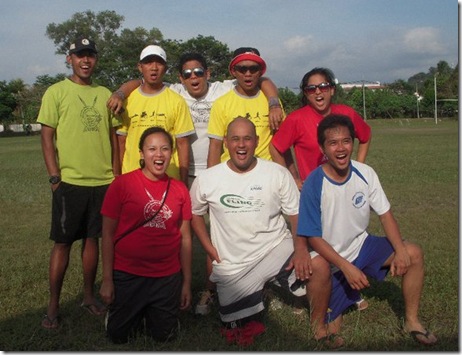 The Brunei players 8+1 person missing. My brother Ali and me have been playing Ultimate Frisbee since it was introduce officially last March 2009. Last year I did not played as much as I should have but this year I started playing regularly again. So this makes my 4th sports together with running, cycling and swimming.

This was my team. I think it was around 16 to 17 players. International players from Miri, KK, KL and others 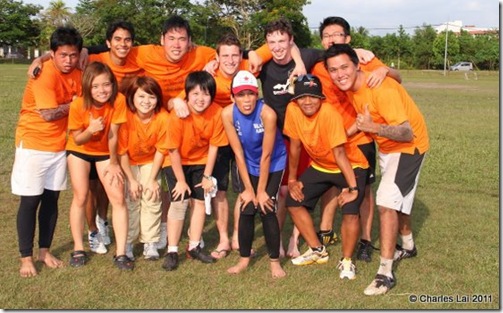 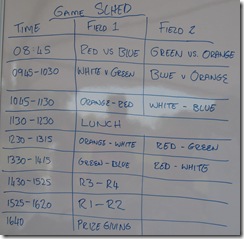 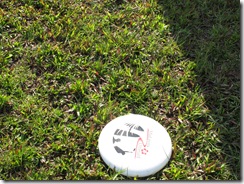 The game schedules of the day. 40 minutes per game (20 mins per half) with 5 mins break for half times and 15 break between games. 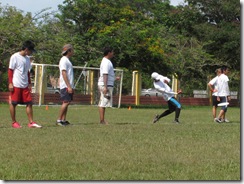 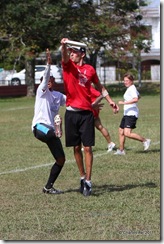 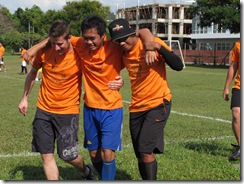 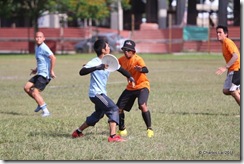 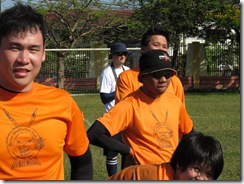 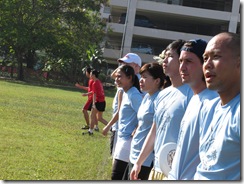 Comparing our level of playing (the Bruneians) and the others, They are more skillful and have lot of experiences. Luckily all of us are not playing as 1 team of Brunei players, kalau inda gerenti kalah all the way. 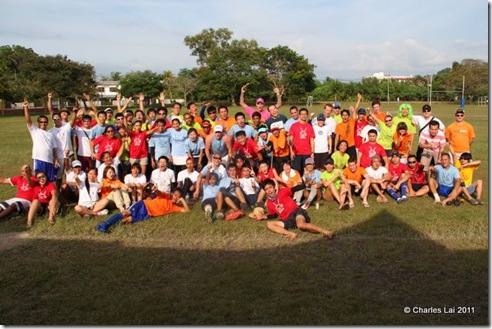 My team got 4th place while Ali’s team got 2nd place.

Definitely next year, I’ll be coming again and hopefully by that time I’m fully prepared.

Posted by anakpanyu at 8:46 PM