This is the 2nd year in a row Standard Chartered Bank of Brunei is organizing the charity run and its getting better and better. Since the run is for charity run and they event have category for costume, so me and brother just going to do for fun. So we decided to wear a ‘kain’.

At first ada jua rasa malu lah but when everyone besorak and clapping their hands when they saw us, so we are more confident. Next year, we’re gonna be back and hopefully still wearing the same thing. 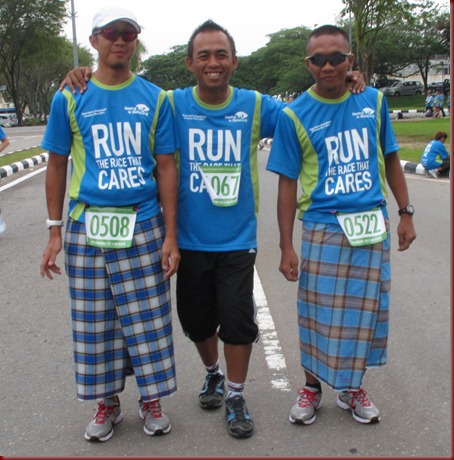 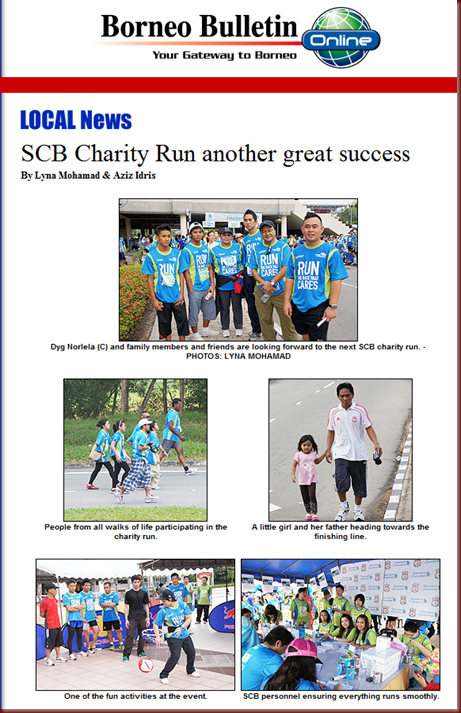 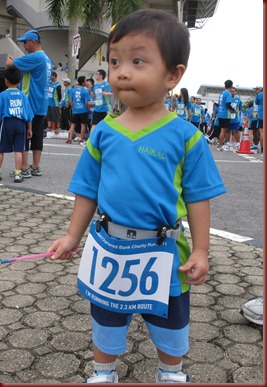 My son with his custom made event t-shirt. The t-shirt cost B$17 to make at Aewon. Next year I’m going to make it again but this time with all the printing. 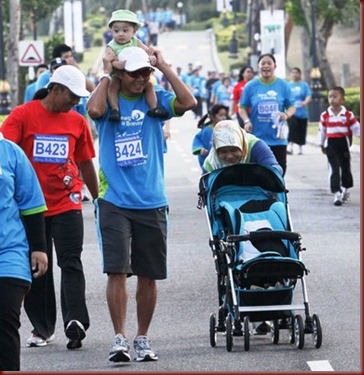 The picture above was last year SCB Charity Run and I guess my son was the youngest participant. He was 7 months ++ at that time. Now he is 19 months ++. 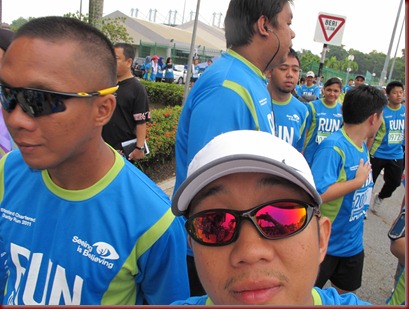 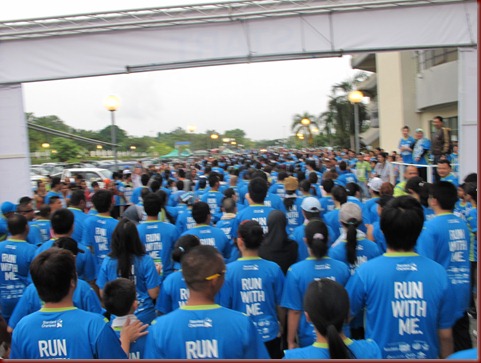 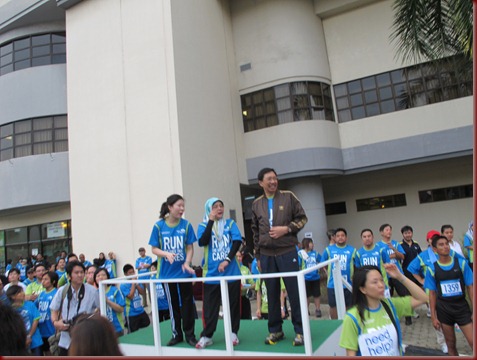 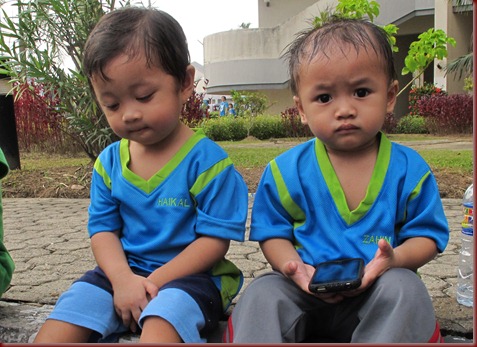 Haikal with his friend’s Zahin with the same custom made event t-shirt.

Posted by anakpanyu at 7:10 PM