Pictures were taken from Azlan Murad Ironman and Leong Ab

Sunday, 2nd October 2011, University Brunei Darussalam (UBD). The distance was supposed to be 6.5km but when measured it was 9.10km. A few of the runners did measured the distance and even those with sense of measurement, would know that from UBD Core to Perpindahan Rimba, the distance would be more than 4km and to go back would be more. 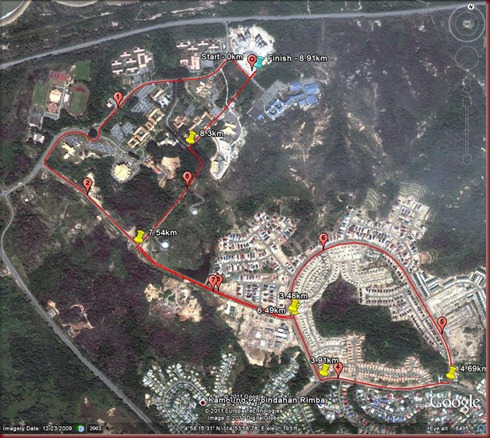 We arrived at UBD Core around 6:10am and parked our car at UBD Mosque and to our surprise, there weren’t that many cars around. Either they parked their car somewhere else or there wasn’t that many participated. 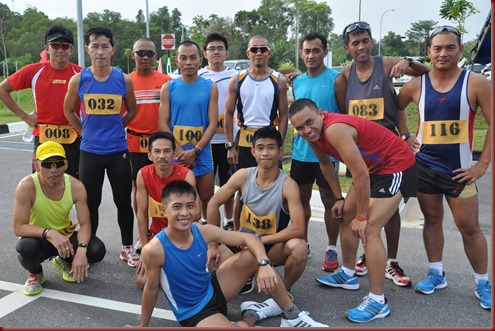 The run started around 7:30am, delayed around 10 minutes. From the look of it, there were around maybe 100 runners +/-. Since Zaeidi and me are planning to go fast and try to finish the 9km race under 45 minutes, so we started at the front pack.

The race started and it was fast and hard with the first corner hill to the right after 60m. Kilometer 1, my time was 4:23 minutes and the leaders was around 20 seconds in front. Zaeidi was no where to be found. I guess he is somewhere behind me and just before the UBD roundabout, he overtook me and I tried to follow his pace but only managed for a few minutes. 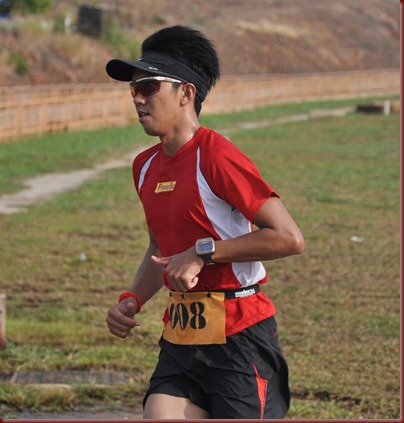 With 9km run, there were around maybe 4 or 5 water checkpoints which was way more than enough.

I’ve passed a lot of runners but only a few runners overtook me. Managed to stay with 5mins/km pace all the way which was very hard. The weather was not that hot and a bit hazy. 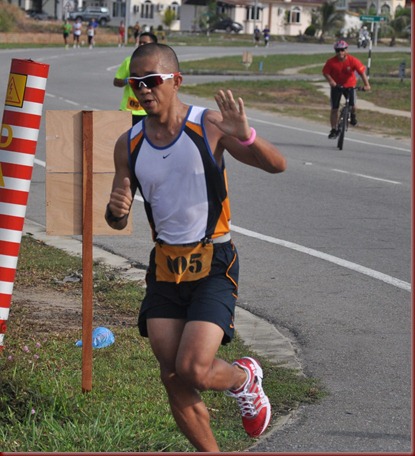 The run to the finished was a sprint finish with one of the runners. A good way to end the run with an all out sprint. My time was 44:46 minutes with average pace of 4:58 min/km 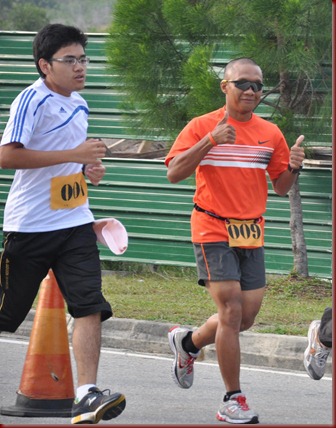 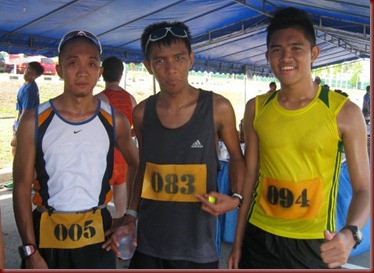 Had a good run and a good preparation for the upcoming event.

Posted by anakpanyu at 7:53 AM