This is a long overdue report because I was waiting for the pictures and the waiting was not worth it because of the quality of the pictures weren’t that good. low resolution.

It was held 11th December 2011, almost 2 weeks ago and all the feelings and memories are not so fresh anymore. 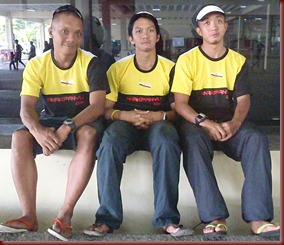 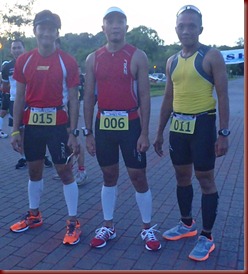 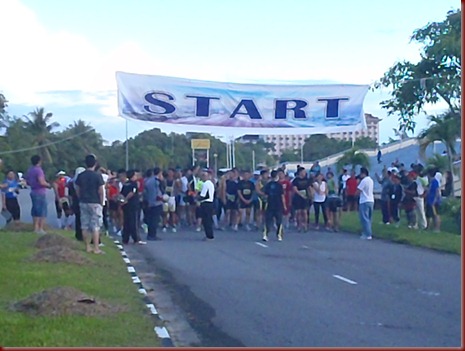 Everyone start at the same time, Male & Female. As expected, the faster runners take the lead and the pace was very fast. In this event, there were 3 groups – the runner, the cyclist and the triathlete. The runner, of course lah they would be running fast just to get away from the other competitors.

What surprises me was the cyclist. The national cyclists were running fast chasing the runners leaving us the triathletes behind.

Triathletes like Zaeidi, Moza, JJ, Azizul and Me, we were taught to reserve our energy and do not go all out, the correct word is ‘pacing’. But as we don’t want to be left behind, then we followed them. For the 1st 5km run, most of our time was like running a 5km race. Way too fast. 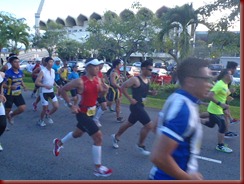 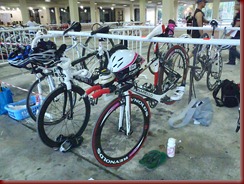 My 1st run was around 25 mins and I guess I was somewhere in mid pack. 50km bike ride managed to do an average speed of 35.5km/hr and caught a lot of cyclists. I think nobody managed to overtake me. No cramped on the bike leg. phuhhh 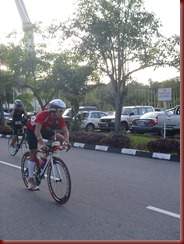 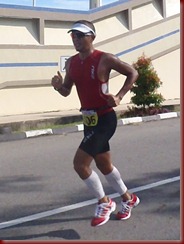 The last 5km run, my leg was a bit heavy but not as heavy as during the Powerman. 1 individual and 1 team runner managed to overtook me and I didn’t managed to catch anyone.

Surely this race was for cyclists. 1st, 2nd and 5th prize winners are cyclists while 3rd and 4th are triathletes. 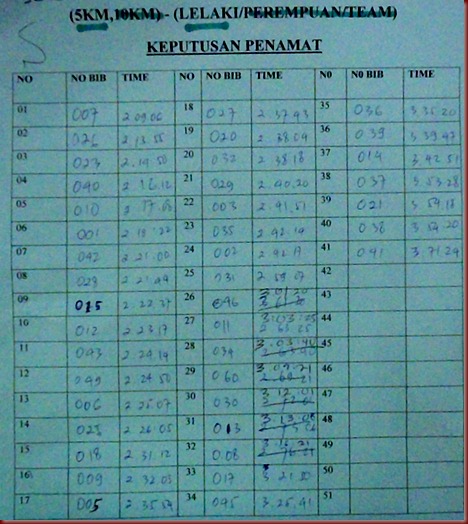 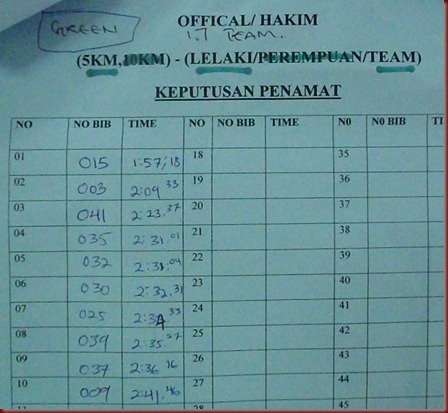 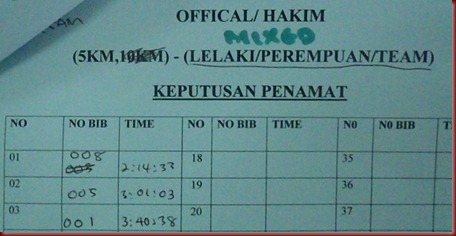 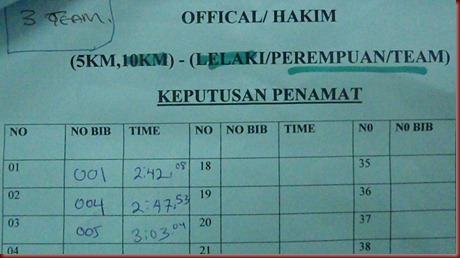 Finally, it was a good well organized event. The only thing was the last 5km run. The water station was too far away. It should have been around 2.5km mark or at least 3km mark. It was a hot day and the water station was at around 4km mark. Other than that, everything as excellent. Syabassssss.