The event was held on Sunday, 4th March 2012 starting and finishing at Indoor Stadium Berakas. 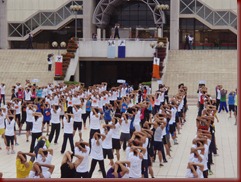 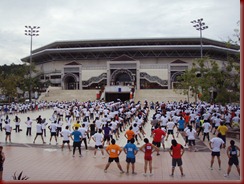 Morning exercise / warm up / aerobics before the 10km 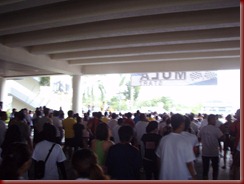 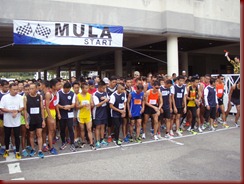 The start of the run was under the bridge. Ready……GO !!! 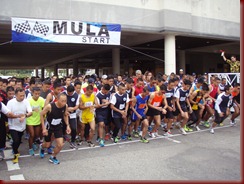 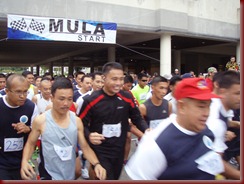 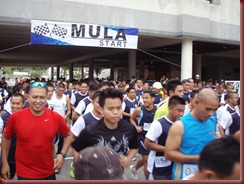 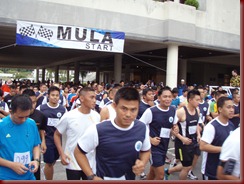 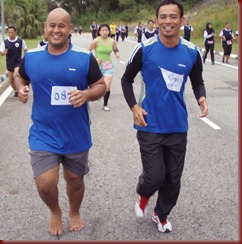 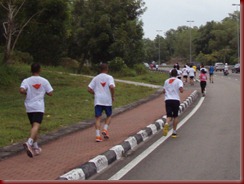 Radzi running barefoot for 10km. His warm up run before the SCB 21km half marathon. I think he is going to run barefoot for the 21km run. Good luck and have fun.

I managed to run 10km in 57:36 minutes. I was just enjoying the run and taking pictures. Zaeidi and me started from the back and work our way up to the pack. It was a good run for us.

The event could have been better if is not because of the wrong route some runners have taken due to the mistakes of the officials. The finishing line is just around 500 to 600 meters but the runners were asked to run another 3.5km around the National Stadium complex ending up running around 14km.

A few of us was lucky enough to run the correct route because by the time we reached the last 600 meters, the VIP category was also finishing the ‘walk’. So lucky of us.

Posted by anakpanyu at 8:13 AM

Same thing that happened during the Brunei Marathon. These supposed to be "running officials" has no clue as to what they're doing. So far, in my experience, HSBC's events are better organised. (No i'm not working for them).