Once again, my race report is always more than 1 week delay. It was held on the 3rd of June 2012 at the Empire Hotel and Country Club, Brunei. The race was a bike and run event – a biathlon. There was also other categories such as the 13km run and the fun run.

Not much information was given before or during the event. What we were told it was a 40km bike and 13km run. 15 minutes before the start of the event, the organizer made an announcement that the transition point is somewhere in the parking lot of the Empire Cinema which will be set up after the event start. 3 minutes before the event at the starting line up, it was announced that it is a NO drafting race. Everyone just look at each other and smile. FAIL. TOTALLY FAILED !!! Everyone is going to draft and indeed everyone draft. If there was ever a Race Marshall, all of us would be disqualified. 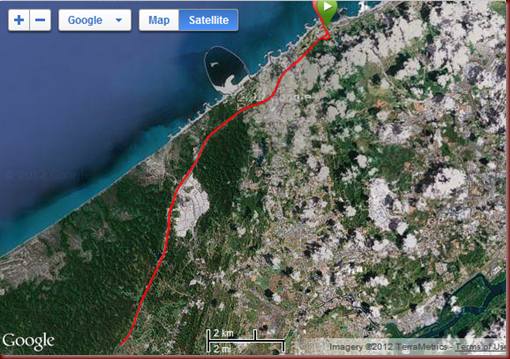 The bike leg, it was pretty much a fast pace with an average speed almost 40km/h. I managed to stay with the front pack which around 16 cyclists (only 3 using a TT bike including me). Zaeidi was somewhere behind because he arrived at the event very very late so he missed the first flagged off for the individual categories.

Reaching at the transition point, it was pretty much disappointing. It should have been a bike rack like any other triathlon, duathlon or biathlon event but it was just a rope tight together from one end of the building pillar to the other pillar. FAILED !!! 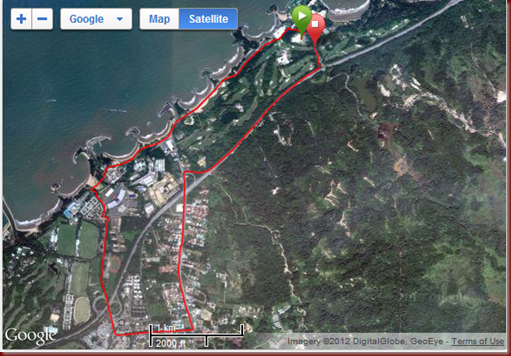 The 9.64km run was a mixed of road, trail/hill and sand run. A few runners made a wrong turn because no one was guarding at that junction and the signage was too small and put at a wrong place. 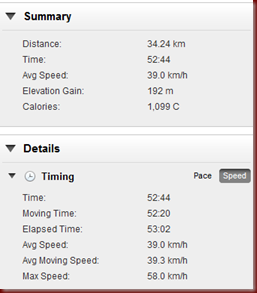 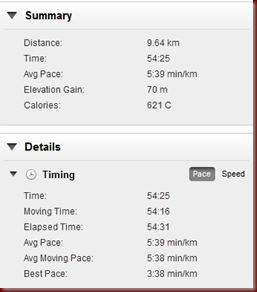 The total distance for the bike was around 34.24km which was shorter than 40km and for the run it was 9.64km shorter by 4km. I’m not really sure how they measured the distance to be 40km and 13km.

I think my ranking was around top 15. Overall it was a good race for me. I did have fun and not to forget, the weather on that day was very good, not too hot, just nice. 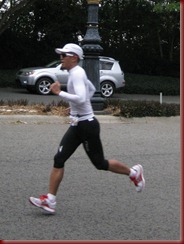 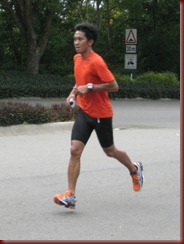 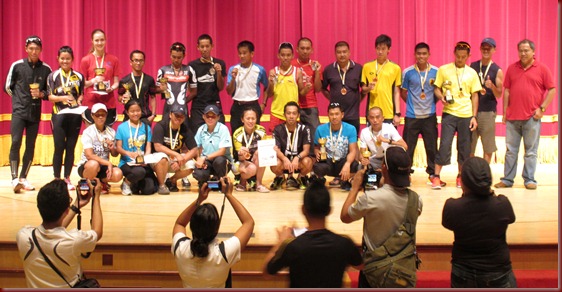 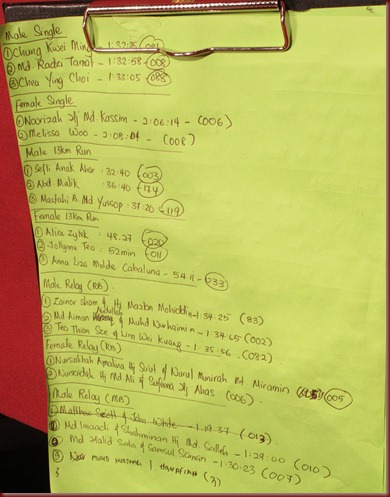 The unofficial result. It has a few mistakes but it was corrected during the prize presentation after a few competitors complaint about it.

If Empire Hotel and Country Club is planning to organize a triathlon event at the end of this year, I would advice for them to get advice, consultation and help from the appropriate organization so that it would be a proper well plan event.

Posted by anakpanyu at 4:00 PM