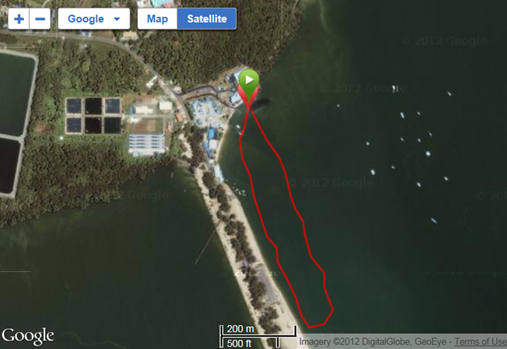 Testing the Garmin 910XT during the swim practice at Serasa beach for the RBAF Triathlon. The distance was less than 1.5km. I guessed it is difficult to measure the correct distance on water without proper measuring equipment not like on land. 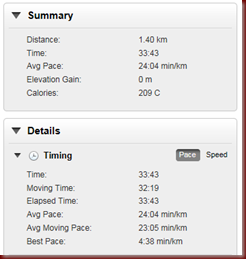 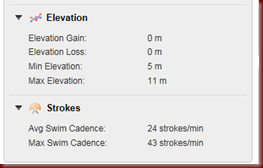 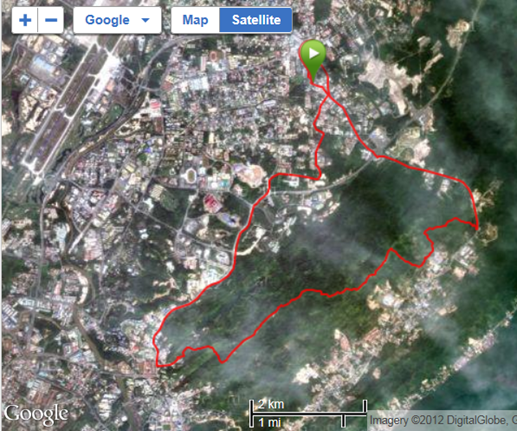 For this map, I did a run from my home at Sg Akar to Tasek Sarubing which was 5km on road and from there trail running to Tasek Lama via Bukit Markucing and Bukit Laur which was around 7km. After that I walk ( I did not ran) back home using Jalan Kebangsaan and then using the PGGMB road to my home. It took me 4 hours to cover almost 21km with an average pace of less than 12min/km.

Need more practice for my 100km trail run / 30 hours and I only have less than 1 month before fasting month which would limit my training time. 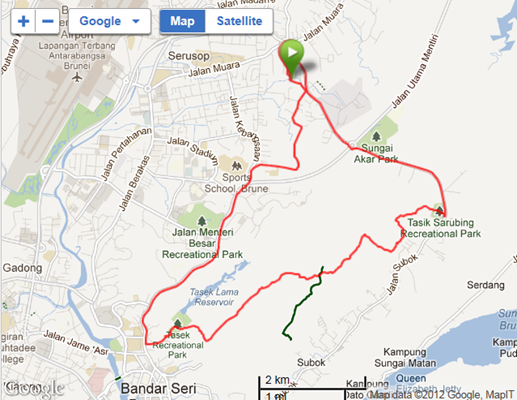 Between 5km and 12km, it can be seen that it was pretty much hilly with steep ascending and descending. 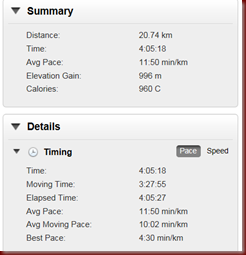 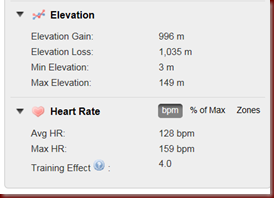 Next time I would try to do 2 laps from Tasek Sarubing to Tasek Lama – 21km of trail running which would take me around 4 to 6 hours.

Posted by anakpanyu at 8:21 PM