Happening a few hours ago. A cycling expedition from Lumut to Jerudong Park – 66km organized Ministry of Culture Youth and Sport with the help from Brunei Darussalam Cycling Federation (BDCF).

A very well organized event compared to their previous cycling expedition. Around 600 cyclists turned up for the event and all cyclists were well behaved (almost all). 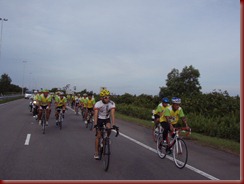 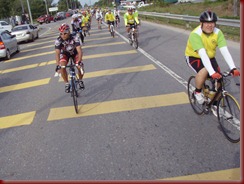 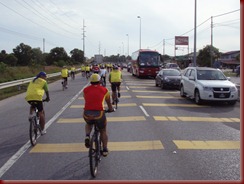 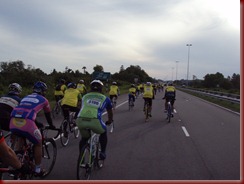 The event was flagged off around 7:00am and the speed was well below 25km/hr and it was a very long big pack of cycling along the highway. There was not much gap and most cyclists were able to ride in large tight pack. 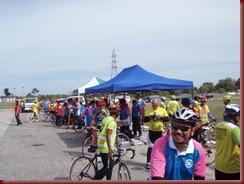 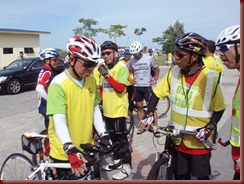 First stop was at Tutong Community Hall. Water, banana and bread were provided. One good thing about the organizer was that they informed the cyclists how much time they have before continuing the expedition. So everyone were well informed and alert. 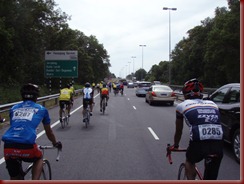 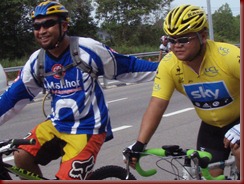 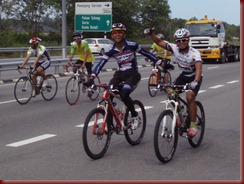 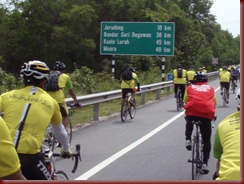 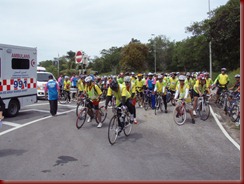 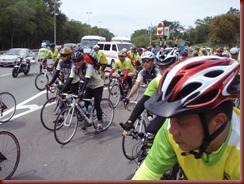 After 2nd pitstop at Pondok Polis Tutong Muara Highway aka Blue Lake. It was already 10:30am, hot hot hot. 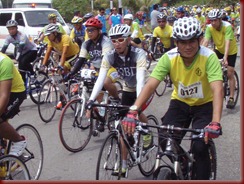 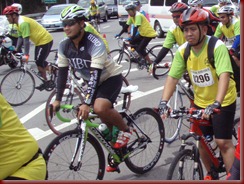 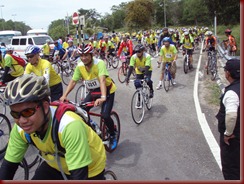 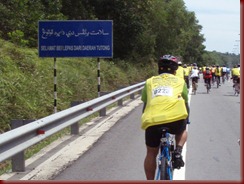 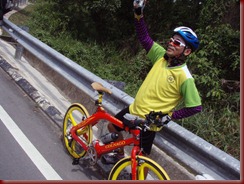 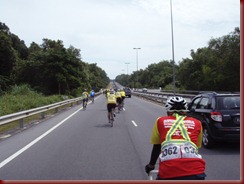 Reached JP Amphitheater around 11am which was well their targeted time. No pictures was taken. Didn’t win any lucky draw. 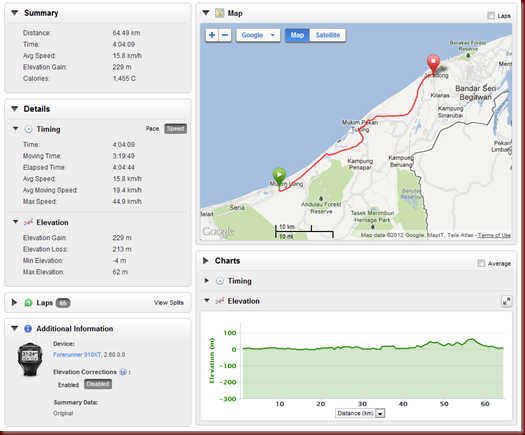 It was short of 2km due to forgot to start the timer. very well excited sampai lupa. 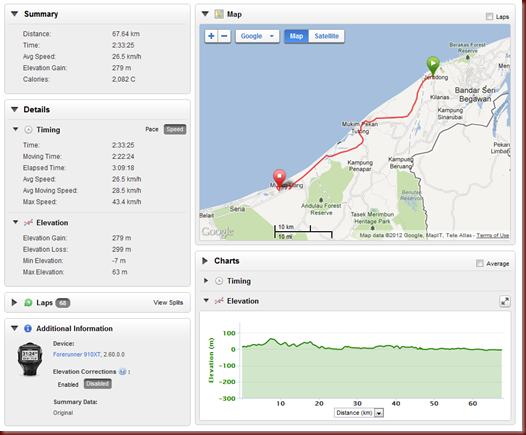 The chart above was for the ride we did from JP (the finishing point) to Lumut (starting point) at 4:00am and we reached around 6:34am with 20 minutes break at Telisai Mosque around 5:30am. It took us 2:33:25 hours to reached there and it was well within my targeted time. Around 20 cyclists took the Double Challenge 66km X2. It was a good challenge and I planned to do another double challenge for the BIBD Charity ride.

Posted by anakpanyu at 6:06 PM